The Image and the Word

Picture this if you will: The words we know, all the words we have acquired along with the ways of connecting them in all our respective cultures, are nothing less than the irreducible expression of a singular nature we call human.

We are selves in a world because we have words.


Tony loved jazz, and wrote of jazz often. The qualities of jazz–rhythm and sound–underlie his poetry. Joanne Yamada writes: “For Quagliano, such qualities always incorporate the conscious fusion of the sound of the word within a rhythmic structure.” In amazing and unexpected ways, Tony brought the sounds of words together and, likewise, the confluence of ideas/thoughts together. As Joseph Stanton wrote in response to Quagliano’s poem and book of the same name, Fierce Meadows, “Tony Quagliano is the master of a perceptual jazz, of a poetic-improvisation technique that makes from the random litter of everyday events a fine, bright, mocking kind of music. Quagliano seems to find his poems through a whimsical attentiveness to the rhythms of being there, inside wherever he happens to be.”

Tony Quagliano described himself and his writing as utterly independent and contrarian.
His poetry brings light to distressing accidents of human history as in Bio-Politics of Molokai:


if the chinese brought leprosy to paradise
why say so? did they want it
to give or have
any more than you or me?

if the british brought syphilis to paradise
why say so? did they want it
to give or have
any more than you or me?

Quagliano railed against the creative-writing workshopniks and the adolescent PC, small-time, graceless self-deceivers. He told them to Get Out of Poetry by Sundown:

He excoriated the false, tortured-language frauds and poseurs in Semiotic Self-Deconstruction:

Though utterly independent, Tony had a big heart. He often gave encouraging words to countless poets urging them to continue their writing. Tony truly wanted to have the poet Wing Tek Lum hone the best of his words, sending the poet this message in Last Chance Poem for Wing Tek Lum. As the editor of KAIMANA, Quagliano sought quality–“I just publish the very best stuff I get.”

And he had fun with poetry, as in The Showdown:


"Read it and weep," the stranger said,
"it's my acceptance speech for the
Nobel Prize in Literature.
I'm on my way to Sweden now
to pick it up."

"THE NOBEL PRIZE IN LITERATURE?"

A murmur broke out in the bar
and the rest of Bart's gang backed out the door.
"Your boys are hightailing it, Bart.
It's time for you to do the same."

The stranger's eyes narrowed to slits.
"That's right.  For a lifetime
of poems and philosophy."

In One for WCW at the Post-Nuclear Philosophy Conference in Manoa Quagliano noted the quotidian doctoring and the transcendent poetry of William Carlos Williams as poetry at its best:

Tony, in his own words, “spoke truth to poetry” over all these long years. Between a Rock and Mahatma Gandhi is perhaps his most imagistic and elegant poem, one that transports us as readers or as listeners: from ourselves to places beyond ourselves and back to ourselves:


Between a rock and Mahatma Gandhi
which is better?

a rock has rock sentience 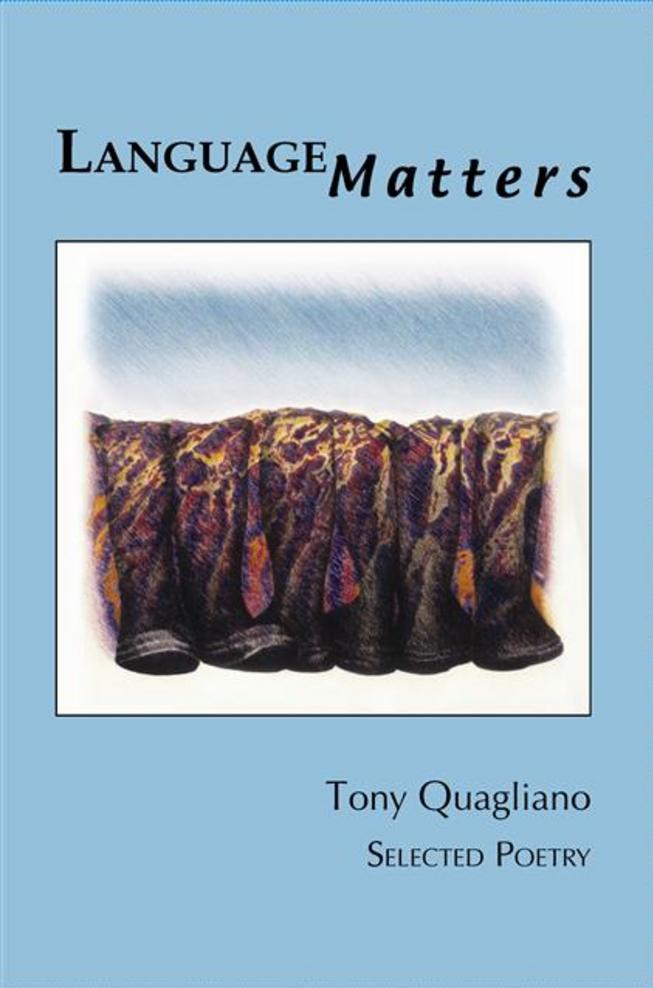